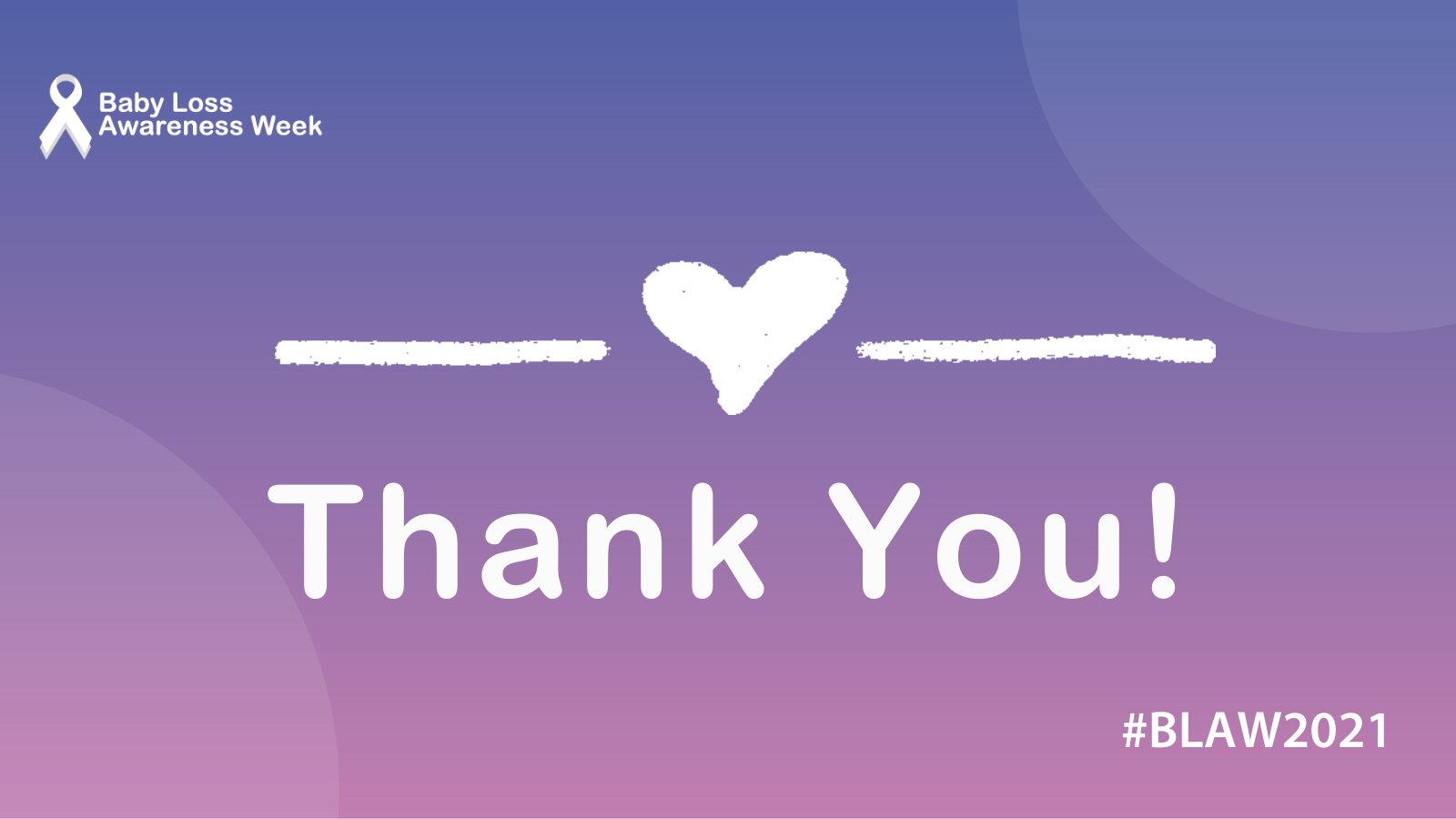 Posted at 13:40h in Blog by Adrian Brown 1 Comment

Baby Loss Awareness Week 2021 was the biggest yet and you all helped in so many ways to break the silence around pregnancy and baby loss.

Whether you lit a candle for the Wave of Light, helped turn the world’s landmarks and buildings pink and blue, organised a remembrance event, asked your MP to join the Baby Loss Debate in Parliament, or wore a pin badge and helped to start conversations about loss, we simply want to say thank you for all that you did.

We also know the week can feel overwhelming at times and it is important to be mindful of the impact that such an intense time spent talking, reading, watching or listening to stories of loss can have on your wellbeing. You are not alone and that there are many organisations here to support you, whenever you need this.

Here are a just a few of the amazing things we saw and a few big numbers to give you some idea of how many people you helped us reach out to:

Even more buildings and landmarks were spotted lighting up around the world including the National Carillion in Canberra, Edmonton High Level Bridge in Canada, Ayuntamiento De Oviedo in Spain, and Niagra Falls!

This year, as every year, many of you held Ribbon Remembrance Displays, found creative ways to turn Pink and Blue and used poetry and art to commemorate babies’ lives and raise awareness in their communities.

Looking ahead to our 20th anniversary

Because of you and everyone who supports Baby Loss Awareness Week, pregnancy and baby loss are becoming less of a taboo subject and more people are able to get the support they need in a way that is right for them.

This Baby Loss Awareness Week (9-15 October) we will be looking back at what has improved the care and support available for bereaved parents and families, and the future changes we want to see.

Thank you again for all your support.