Our baby girl had a severe form of spina bifida… 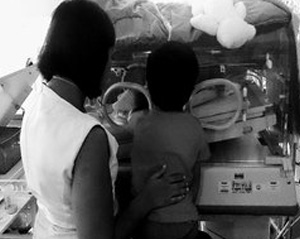 Posted at 10:17h in Stories by Adrian Brown 0 Comments

During Baby Loss Awareness Week we’re sharing different perspectives on baby loss from those whose experience is first hand. Here dad Haps tells his story and explains why 15 October is so important to him.

In 2011 we found out at the 20 week scan appointment our baby girl had a severe form of spina bifida so we had the heart breaking decision to make to end the pregnancy because there was no positive outlook.

You never forget the moment when an ultrasound goes bad when you are asked to step outside, take a walk and drink some cold water for a rescan.

Nothing could prepare us for the drive home in a fog of tears as our world was turned upside down forever in the space of a few minutes.

When we left the hospital I vowed to my wife we will return in a year’s time and will leave with a different set of emotions.
We held a funeral a few weeks later and in summer of 2012 we did indeed leave that hospital as a happy family when our son was born.

After moving house at the start of 2015 we decided we wanted another addition for our 3 year old to be a bigger brother.

We got pregnant relatively quick and half way through we returned from a summer holiday knowing it would be our last for a while once the new baby comes.

However just before the 23rd week my wife experienced some issues with leaking water and twice visited the hospital who told her everything was ok.

But everything wasn’t ok and on Tuesday July 15th at 5:40am I had to rush her to hospital with a prolapsed umbilical cord.
We also had to drag our 3 year old out of bed with us and he watched in floods of tears as his mum was rushed into theatre shortly after.

After a wait that seemed like several hours our second son came into the world nearly 16 weeks early.

He was a fighter and come out as perfect as the doctors could wish for at 16 weeks premature. He got transferred to a hospital for babies that are born this early as our hospital neonatal unit only took babies from 28 weeks and 1KG.

Our son was 617grams but perfect.

For 25 days he made slow, steady yet good progress and all the staff were delighted with how little trouble he gave them in terms of medical care other than the normal neonatal care. There were sicker babies than him in his ward. We fed him, clothed him and changed his nappies. We held him daily and were counting down the weeks until he was strong enough to come home nearer his due date of November 3rd.

One fateful call from the hospital changed our lives forever.

August 8th I had left him looking perfectly well and returned to his mother and 3 year old. It was my wife’s birthday also that day.

On the morning of Sunday 9th August we received a call to say he was unwell and we should get in as soon as possible.

He was on a ventilator for the first time since the first day he was born and he look very ill and in pain and not the beautiful pink baby I had left the previous. He was still beautiful but looking at him we knew it was very serious.

There seemed like a dozen medical staff tending to our sick boy, machines being wheeled in and out on a regular basis and blood being giving hourly. We could only watch as the space around his incubator decreased with the throng of people and equipment.

We felt bad for other parents who watched this and they felt intruding into something tragic unfolding but I could see the pity in their eyes. I tried not to make eye contact as inside I was crumbling.

We were told he had necrotizing enterocolitis and it was a serious condition. We had never heard of this and quick and stupid internet search told us we were faced with losing him. This rare condition was making our baby sicker as the hours progress and we watched helplessly by his incubator as the doctors worked on him. He was transferred to St Georges Hospital in Tooting for a surgical procedure but was too sick to have this done. His organs started failing and he died in front of us at 11:20pm.

The drive home in the early hours just the two of us was done in a zombie like state, we are grateful for the last few hours we had company in the form of two family members. If they are reading this they know who they are, they saw us at the lowest point in our life and our fragility completely broke us that evening.

The next day we had to go pick up our son from his grandparents as he had been there the whole time we were at the hospital the previous day. Breaking the news to him over the coming days/weeks was another fight we had to endure. He still talks about Ayrton now to this day and he is 5 now although he has come to understand Ayrton won’t be ever at home.

That summer he was shunted from pillar to post while we had our daily hospital visiting routine, he was involved of course at times but emotionally he affected and trying to make sense of why his parents spent so much time in hospital with his baby brother and why wasn’t he at home.

Since then we’ve both grieved together, alone and sometimes with a drink more than one should.

We’ve fought, cried and broke down and we’re not the same people outwardly but we are resilient and won’t be that statistic when a child goes so does a relationship.

Life experiences do not prepare for the loss of a child let alone two.

It’s a cliché but it is very true not a day goes by without a thought of what could have been, birthdays and milestones come quickly and we are not getting them and it’s not fair but we cherish the brief time we cry for the future we have lost out on. Time is not a good healer, it just helps how you’re going to deal with it for the rest of your life.

Without him we wouldn’t be here in the autumn of 2017 cuddling the sister he never met, she’s our rainbow baby helping us to heal as a family.

“Fighters fight” has become our motto as that’s all we can do, never give up no matter how tough times become.

In time we will channel the bad times and turn it into something worthwhile in his memory, whether it is charity fundraising on a larger sccale or helping out the hospital that looked after him for those 4 weeks.

At the moment the shattered pieces are still being gently put back together in our lives.

One day at a time.