I have had six miscarriages since 2009… – Baby Loss Awareness Week

I have had six miscarriages since 2009… 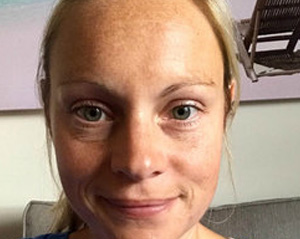 Posted at 10:19h in Stories by Adrian Brown 0 Comments

My name is Caroline Pocock and I have had six miscarriages since 2009. I had five before the birth of my son in 2012 and one since. My first miscarriage was the day before my 12 week scan and I thought everything was going well, until I started bleeding and cramping on Father’s Day.

I tried to convince myself it was nothing to worry about, and even the doctors sent me away from hospital telling me I had to wait for my scan the next day. I was very open about my pregnancy and had told a lot of family and friends, and I found their support amazing. Then I had another miscarriage, again before 12 weeks. And another, and another and so on. The more losses I had, the harder it was for people to know how to react. I put on a brave face for everyone else but inside I felt like my heart had been ripped out and I couldn’t see an end to my pain.

I was told the usual things like “it’s not mean to be”, “you’re still young” and “at least they were early” but they weren’t particularly helpful comments. I found that writing a diary really helped me to communicate how I was feeling to my family and friends – they were words I found hard to actually speak.

It was an incredibly lonely and frustrating time and I found I had to distance myself from some friends with small children or who were pregnant as I couldn’t cope being around them. I also had to come off social media as any scan photos felt like I’d been punched in the stomach. Even a trip to the supermarket was hard in case I saw any pregnant ladies.

Now I have my beautiful five year old boy, Zachary, and I feel like the luckiest mummy in the world. I still look at him today and can’t quite believe he is mine.