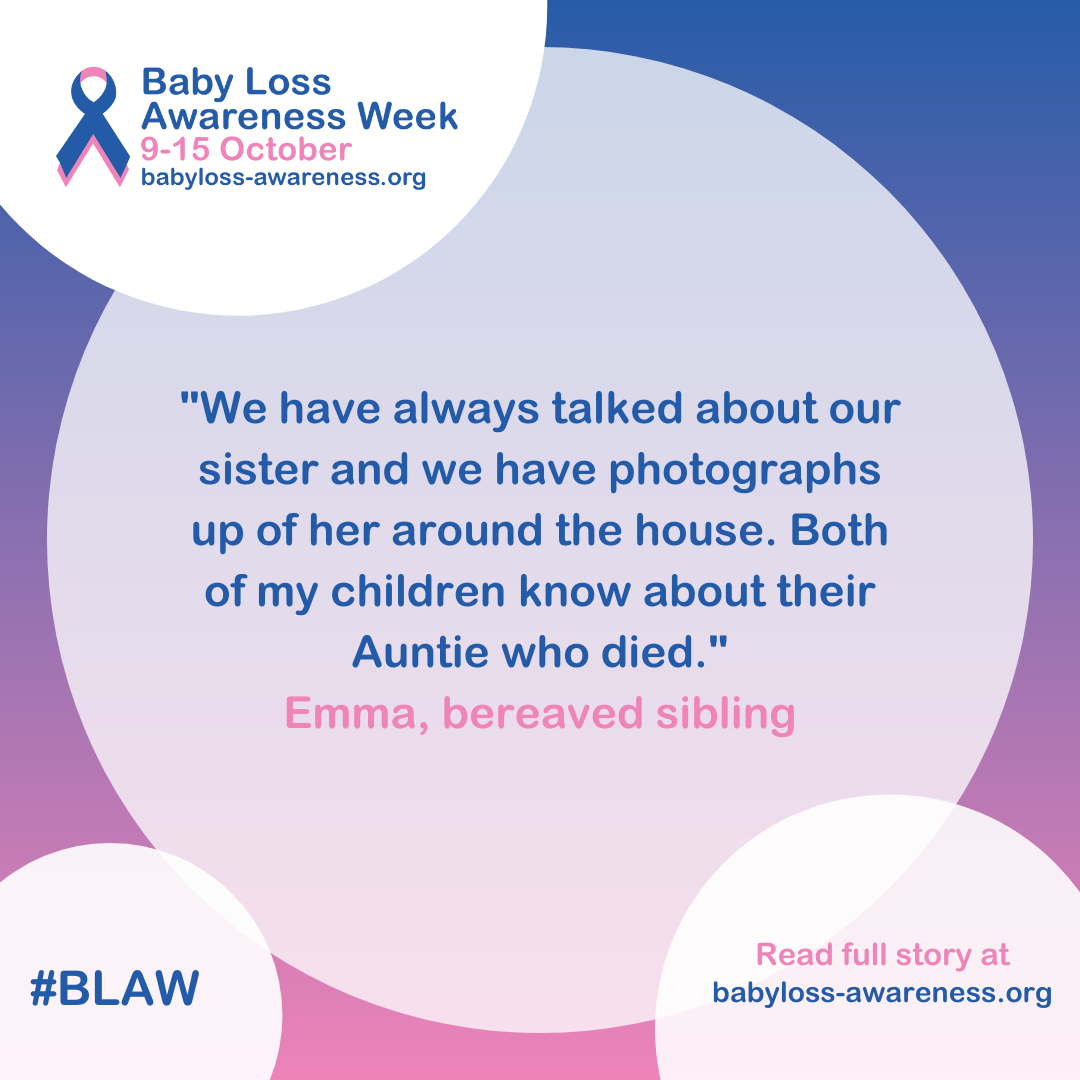 Posted at 08:29h in Stories by Adrian Brown 1 Comment

Being only 5 when my sister died, my parents decided that my brother and I wouldn’t attend the funeral, we didn’t get the chance to say goodbye, if I am honest I’m not sure that I have ever really gotten over this fact. My sister’s funeral was a week after her passing, my brother and I were sent to school as a normal day. Annually on my sister’s birthday our parents took us to the crematorium to see our sisters memorial stone and see her name in the book of remembrance. We have always talked about our sister and we have photographs up of her around the house. Both of my children know about their Auntie who died.

When I found out I was pregnant I felt nervous that history would repeat itself, when I mentioned this to the midwife, she was not the friendliest with her reply and subsequent support! It was particularly important for me to find out what gender my child would be, partly to foreworn my parents – my dad especially as even now he struggles with babies – even just on the tv. We paid for a private gender scan to ensure that we could find out the gender, as the NHS scans are not always possible for it to be determined and the purpose of those scans are to check on the progress of the babies growth.

When we did find out that the baby was a girl, I did feel that it would affect my relationship and my ability to bond during the pregnancy in case the same thing happened. I did speak with the support team at The Lullaby Trust and I was given the CONI scheme details – however I chose not to become part of the scheme. When my older brother and his partner were expecting they did become part of the scheme.

When I fell pregnant the second time, again, we found out the gender – this time we would be expecting a boy, I did find it easier to bond with the baby during the pregnancy.

Both of my kids have been brought up knowing about their other aunt who died, we also attend family days for them to understand that work that the Lullaby Trust undertakes and how there are other families like us out there. It also helps them to realise that talking about things is good.