Posted at 10:33h in Stories by Aleesha Khaliq 0 Comments 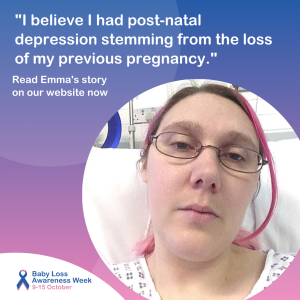 I suffered an ectopic pregnancy in 2016 which resulted in surgery to remove my baby and fallopian tube.

I had no symptoms other than a speck of blood and was told when mentioning it to a midwife that it was probably implantation bleeding and was nothing to worry about, but my intuition was telling me something wasn’t right so I waited a week and asked for an early scan.

I was given a trans vaginal scan. No baby was found, so I was sent home and then called back to say I was still pregnant and need further tests. I had another scan and was told that it was ectopic and I was eight weeks pregnant.

I went on to conceive naturally three months later but I never bonded with my bump. It was an awful pregnancy and I was developing anxiety. When the baby was born the cord was wrapped around his neck in three loops and he was whisked away after a few seconds on me.

I could not bond with my baby and it wasn’t until he was 11 months old that I finally had that rush of love. I believe I had post-natal depression stemming from the loss of my previous pregnancy.